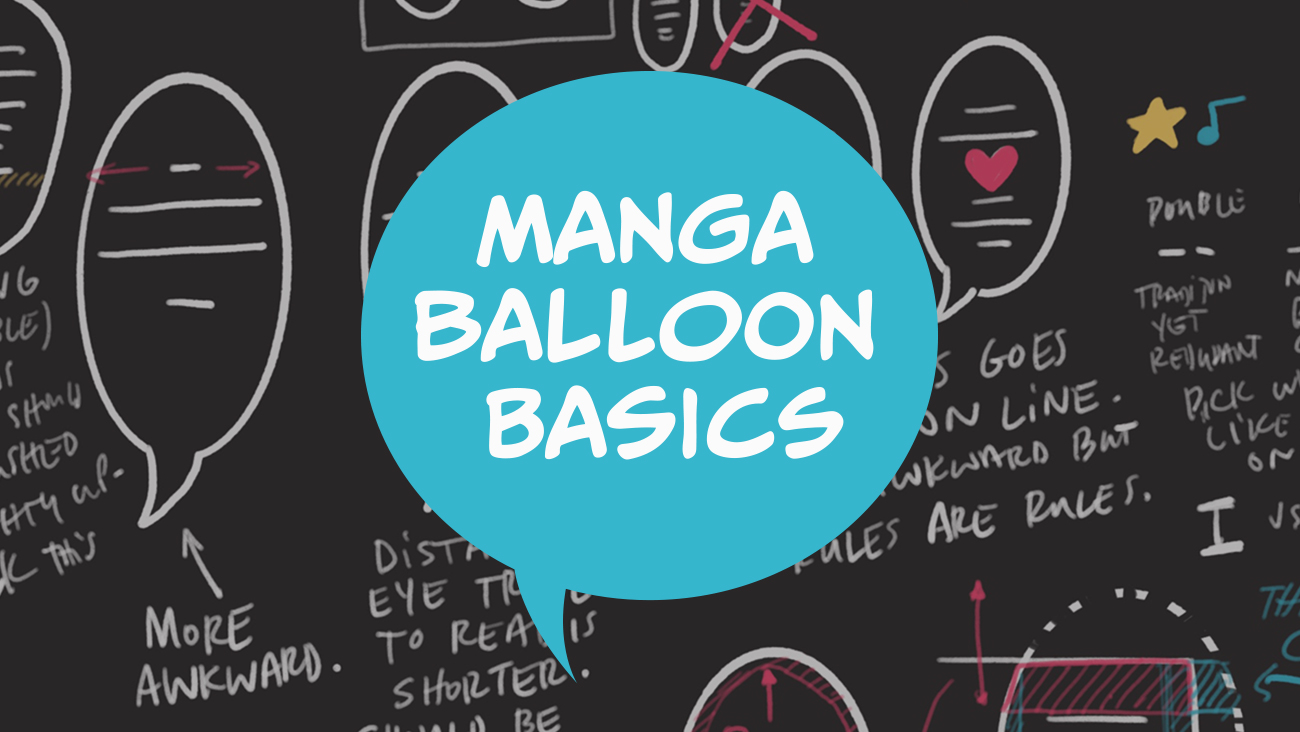 Sounds simple enough (and can be if you know the basic principles) but since there’s not really many resources on the practical parts of lettering manga, I’d like to share some of what I’ve learned, as well as explain a few reasons why it’s lettered the way it is in certain situations.

Disclaimer: Every letterer and every publishing company is different so these are by no means set in stone but I think it should still provide a pretty good foundation for anybody interested in this part of the manga industry.

A tip for avoiding cramped text is to leave a border of white space the equivalent of at least one character. This makes for a much easier read and looks better overall.

Also, fonts used in manga are almost always uppercase which means that text frames in Adobe InDesign often leave space for an ascender, giving the area a small gap. Taking this into account, text should be nudged upward about 0.5px. If you’re using Adobe Illustrator, however, text frames usually have a gap at the bottom for a descender and so you’ll probably have to nudge down.

Although software like Adobe InDesign does most of the work for you when it comes to centring balloons, it can’t be relied on 100%. Balloon text that hits panel borders, for example, will always need to be aligned by eye. Curved edges cause a loss of volume within the balloon so text will generally be set closer to the edge of the panel. The more extreme the curve, the further away the text needs to be from it.

American comics are often lettered to fit the shape of the balloon resulting in a diamond shape with a wide horizontal axis. However, when we apply this same rule to manga lettering, the widest (or tallest) axis often needs to become vertical. This will allow breathing room for the dialogue and cause less friction to the reader.

Hearts, stars and musical notes are a frequent occurrence in manga and these are almost always placed on their own line. Depending on the dialogue this can present some issues with balance and interrupt the flow of text but by this point in time it’s a tradition that most publishers continue to follow.

Hate it or love it, this one’s here to stay.

Readability can be subjective but lines of dialogue should be always be similar in length if possible. Done right, this should allow eyes to travel less distance, resulting in a faster and easier read.

Exceptions to the rule are if the first word of dialogue only contains one character, such as “A” or “I”. In this case a little bit of discretion is required and depending on the words that follow you might choose to handle it differently.

Text sizes in manga are generally set between 6.5 and 7pt but this will need to be changed in accordance with the original Japanese book. This sometimes forces manga letterers to use vertical text or put certain punctuation on its own line which is a necessary evil. Although far from ideal, it helps to better convey certain emphasis the artist had in mind and fortunately readability isn’t too much of an issue.

Narration often follows the shape of the original Japanese dialogue, resulting in a thinner, more rectangular look. This avoids unnecessarily covering too much of the artwork which may or may not include images important to the scene.

Variation in leading (aka line spacing) for different typefaces can result in a page’s dialogue looking inconsistent. An easy way to fix this is to use a leading that is the same size as your text or 1pt larger, as opposed to Adobe’s 120% auto-leading.

In some cases you’ll need to set the leading to smaller than that of your text but if you try and make sure everything looks the same, you’re good to go!